The Lone Ranger is an American Western drama television series about a fictional Texas Ranger whose group was gunned down by the Butch Cavindish gang during an ambush. The Lone Ranger (Clayton Moore 1949-1952 and 1954-57; John Hart 1952-54) was the soul survivor of this ambush. Found and nursed back to health by a Native American, Tonto (Jay Silverheels), who was his “Kemo Sabe” or trusted friend. The Lone Ranger vowed to bring the Cavendish gang to justice.  To conceal his identity and honor his fallen brother Daniel who was a captain in the Rangers, the Lone Ranger fashions a black domino mask from the material of his brother’s vest. The Lone Ranger lived by a strict moral code to bring evil-doers to justice and ensure the growth and prosperity of the Old American West. Riding his trusty horse Silver, The Lone Ranger would always ride off to his next adventure with a hearty “Hi-yo, Silver! Away!” 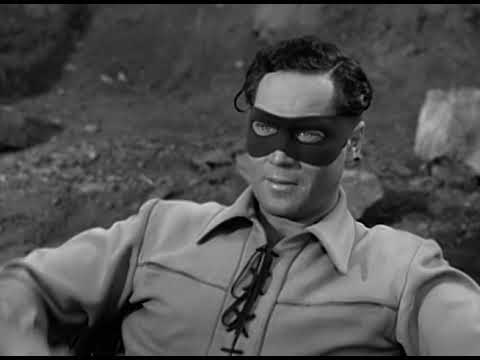