The Patty Duke Show is an American sitcom about Patty Lane (Patty Duke), a normal, chatty, rambunctious teenager living in Brooklyn Heights – New York City. Her father, Martin Lane (William Schallert), is the managing editor of the New York Daily Chronicle; Patty affectionately addresses him as “Poppo.” Her “identical cousin,” Cathy Lane (also played by Duke), is sophisticated, brainy and demure and her father, Kenneth (also played by Schallert), Martin’s identical twin brother, also works for the Chronicle as a foreign correspondent. Cathy moves to the United States from Scotland to live with Patty’s family and attend Brooklyn Heights High School. While both girls are identical in physical appearance, their style, tastes and attitudes are nearly opposite, which is responsible for some of the comedic situations on the show. 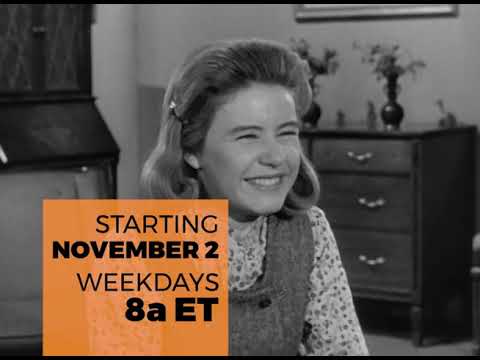